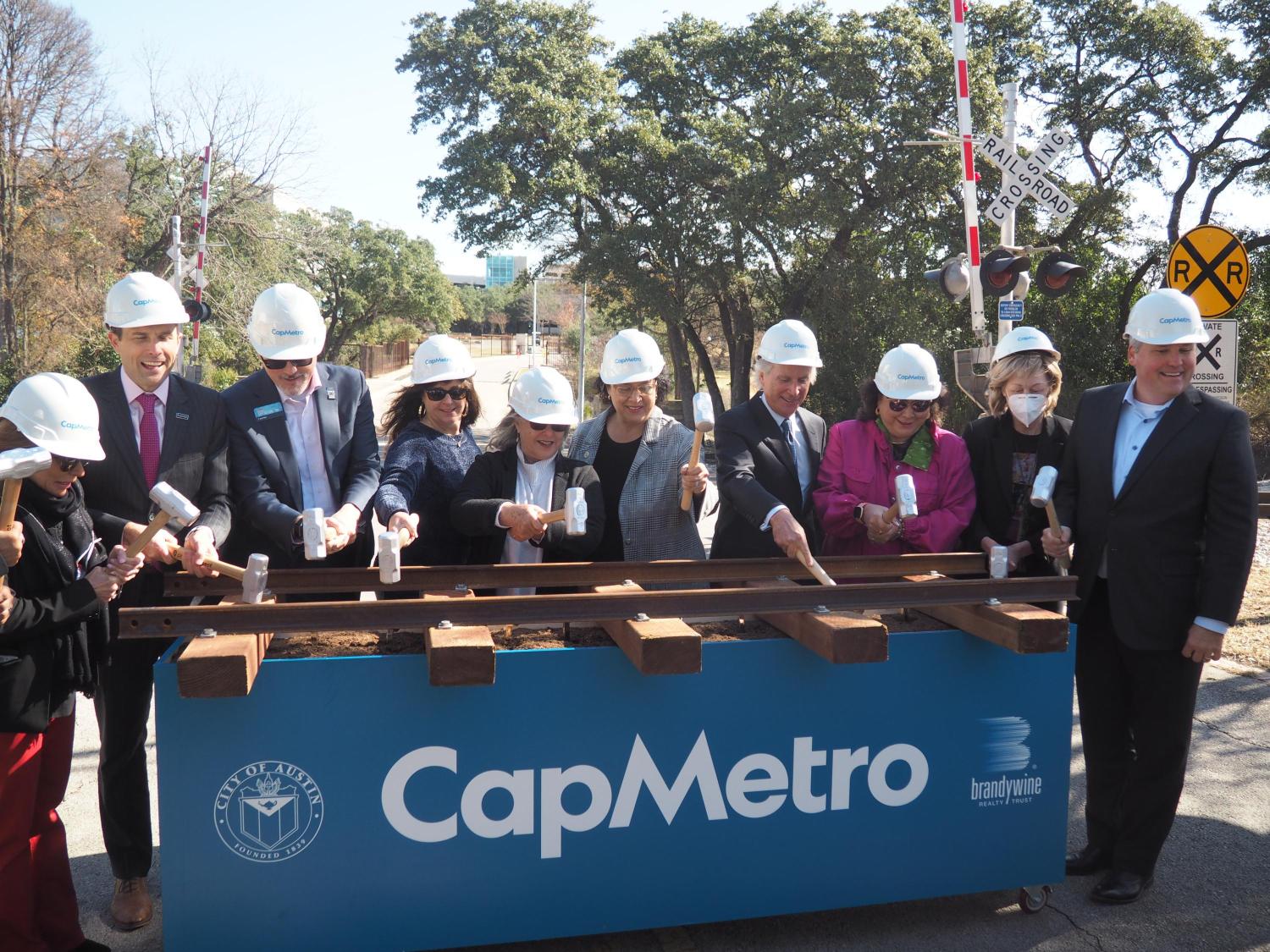 Austin’s future “uptown” is one step closer to having a direct connection to the city’s downtown, as the Capital Metropolitan Transportation Authority has moved dirt for a new Metro Red Line Station near The Domain.

Capital Metro confirmed it broke ground Jan. 18 on Broadmoor Station, which would take Austin’s rail users to and from the new Uptown ATX development.